Blog » Shopify » What Rakuten Holiday Season is all about?

What Rakuten Holiday Season is all about?

As we have just witnessed back to school season which had a tremendous amount of impact in terms of Online sales. Awaits the biggest Rakuten holiday shopping season of the year.

The festive season is right around the corner and knocking the doors of online retailers with a lot of opportunities. This season is considered as the biggest holiday season in terms of eCommerce sales and revenues. Connect with merchants on a global level.

Let’s have a look at the most emerging marketplace of the US, and what is so special about Rakuten Holiday Season.

Some insights into the Rakuten marketplace

Later Rakuten emerges as an e-commerce marketplace in the US, based in San Mateo, California. Previously known as Buy.com, it was founded by Scott Blum. In 2010, it was purchased by Rakuten and rebranded as Rakuten.com. Now it has emerged as Rakuten Global Market. It was on January 10, 2013, that Rakuten announced the official rebranding of Buy.com to Rakuten.com. It has also launched e-commerce sites in Germany, Brazil, France, China, Thailand, Malaysia, Indonesia, Taiwan, South Korea, Austria, Russia, Canada, and the United Kingdom.

Rakuten announced the purchase of San Francisco based online rebate site ebates.com for $1 billion in cash in the year 2014. Since then Rakuten is serving retailers to sell exceptionally well in the U.S and Japan.

The above picture aptly depicts the number of Rakuten members, unique buyers, and Rakuten global market which tells that Rakuten has helped many retailers to grow their business by increasing visibility of their products. With 105.9 million members & 15.6 million buyers, Rakuten can be a great start to most of the sellers not only in the U.S. but worldwide as well. Having mentioned all the important aspects, let me simply tell you why Rakuten can be the best choice for the U.S. sellers.

These Rakuten Global Market review helps you decide whether it’s worth selling on Rakuten or not.

One statistical example will be best, to begin with. 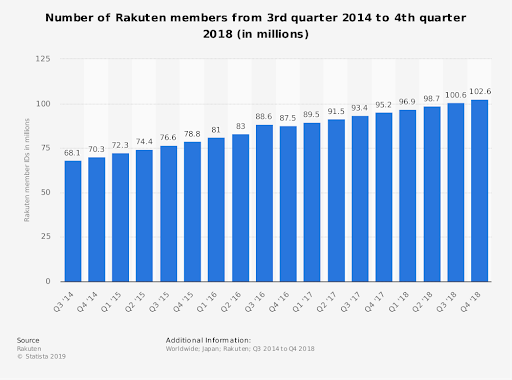 The above picture on Rakuten Global Market review clearly depicts that Rakuten has earned quite a name in the U.S. It is a leading Japanese marketplace which is the best choice for the U.S. sellers.

Rakuten is currently an emerging marketplace in the US. It came with a big name and reputation as a Rakuten Global Market. People know it as one of the biggest marketplace in Japan, but how well did Rakuten managed to follow up on its previous statistics? Let’s have a look at the Rakuten holiday season sales statistics:

What Rakuten Brings this holiday Season for sellers?

Considering the previous factors and statistics on the Rakuten Holiday season and Rakuten Global Market. If you own an eCommerce store It should already have given you a certain kind of excitement after seeing this kind of numbers behind a festive season.

“Holiday shopping behavior is evolving year after year, and we continue to experience outstanding growth as consumers open their wallets in response to retailer strategies during the peak holiday shopping days,” said Rakuten Marketing CEO

What to expect before the start of the biggest festive season:

As we have witnessed the amount of hike that the eCommerce market is getting YOY in terms of Sales, Traffic, Revenue and No. of active users. It could be expected that the upcoming year is going to be bigger than the last. Following factors could be considered in upcoming festive season:

Hike up in sales and Traffic:

Due to the enormous eagerness of the buyers during this festive season, be prepared as more number of people will be heading your way this Rakuten holiday season. Marketing and promotions strategies will be playing a huge role during this period. 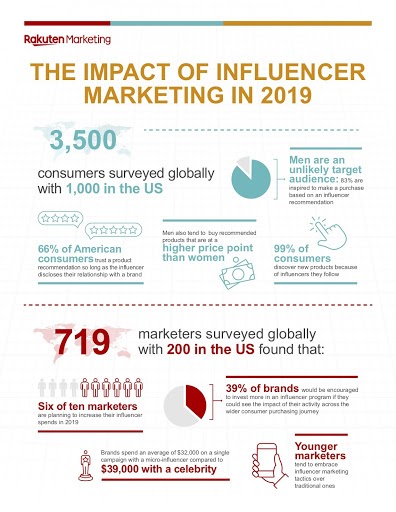 Gaining new customers is all that an eCommerce store holder is after all the time. This holiday season is a great opportunity for sellers to gain permanent and loyal customers. Provide promotions and discount that attracts customers to visit your store again.

Make the most out of Black Friday and Cyber Monday:

the holiday season is a great time to clear up your old stock. Some unsold stuff can be sold through promotions and discounts.

Features of Rakuten / Is it worth selling on Rakuten?

As of September 2017, Rakuten has nearly 100 million members in over 29 countries. Therefore, it has a greater scope for U.S. sellers to generate more leads and close them into happy customers.

In a survey, it was found that about 38 % of sellers plan to expand beyond eBay & Amazon and about 35.8% of them plan to sell on Rakuten that makes it worth selling on Rakuten.

If a seller is based out of the U.S., he just needs to have the following:

With over 15,000 employees from 70 countries, they made it possible to worth selling on Rakuten that helps you with any and every query of yours with instant revert backs. This helps you to have an uninterrupted selling process. Thus, Rakuten can be the best choice for U.S. sellers.

As m-commerce is on the boom, Rakuten has shown credible growth & seems to make a mark in e-commerce with an increasing number of mobile sales as shown in the graph below: 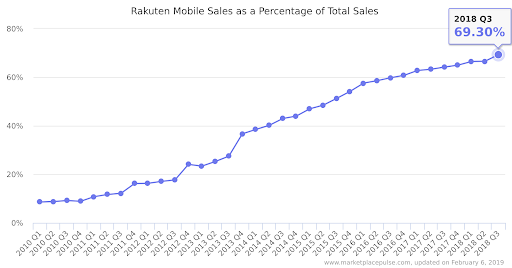 Rakuten decides the placing of products in its search results on the basis of:

Thus, the criteria to decide the product visibility are so much fair that despite the competition, every seller stands an equal chance to fetch customers.

6) A room for recognition:

Rakuten has introduced Rakuten Marketing, which includes affiliate, display, search, etc. So, a seller can take aid of these services and market their online products to attain higher product visibility.

Also, Rakuten is a great promoter of multi-channel marketing. Therefore, it encourages people to sell their online store products on its platform.

Rakuten, with its minimal taxation and selling fees, ensure that:

thus, sellers can feel comfortable while selling on Rakuten it can be the best choice for the U.S. sellers.

Rakuten ensures that one has interaction with its buyers through reviews, ratings, etc that helps the seller decide whether it is worth selling on Rakuten.

It also inhibits malpractices such as false display of shipping and return policies by verifying the product configurations from other marketplaces you sell on.

Ensures a fair share of recognition to the seller by allowing sellers to display close up images of their logo, brand image, etc. 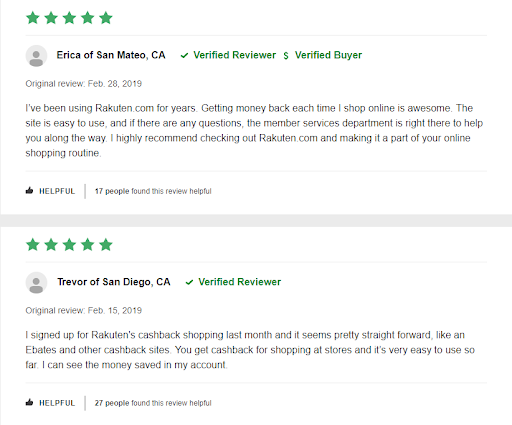 With a valid & recognizable listing barcode (UPC, EAN, etc), one can have a hold on customers and build trust. Still wondering whether to sell on Rakuten U.S.A or not? Let the Rakuten U.S.A review section (by consumers) of the blog help you:

How we can help U.S. sellers to sell on Rakuten?

Having realized the potential of Rakuten as a leading marketplace, we have worked in the direction to come up with a solution which has the following features-

Seamlessly upload your products through CSV on Rakuten Marketplace and carry out changes in the product listing, description, etc.

As soon as you receive orders on the Rakuten marketplace, the order is synced with the app. Furthermore, the orders synced, are created on the Shopify store so that you can easily manage your orders by confirming it on your Shopify store.

The Rakuten Shopify integration app makes the task of setting the price for your products flexible. You can set the desired prices and adjust them from time to time according to the ongoing scenario.

Get regular notifications from your Marketplace (Rakuten) about the status of your products. This helps you to keep track of successful orders, failed orders, etc.

You can set a minimum value for your products so that you get updated as soon as your products are on the verge of going out of stock. This will help you manage your inventory on the Shopify store.

The app helps you to cancel your orders automatically as soon as your product has gone out of stock so that you do not a warning of “late delivery” for any of your orders. Our app with the above features is the Rakuten Marketplace Integration app, which currently is in the beta phase of testing as we believe in collaborative growth. Click to explore the app and sell like never before! If you already sell on any online store, one question that must be popping up in your head is-

How can I integrate my store with the Rakuten Marketplace?

To sync your online store inventory, product details, etc. with the Marketplace, simply:

The U.S. sellers who aspire to sell better can explore and sell on Rakuten credited to its minimal fees, greater product visibility, and increasing members as well as buyers. Also, with Rakuten Global Express, you can make the shipping process much easier. With the proper marketing strategy, sellers can make a fair amount of profit with Rakuten Marketplace. A prosperous future awaits you!

Learn easily how to sell on eBay and Shopify with...

Your guide to setting up perfect prices for products when...

A seller's pricing decisions can tremendously impact their business when they're new on eBay. You should consider everything from your shipping costs...

According to research, every year, inventory mismanagement loss costs $818 billion globally. 52% of which is due to out-of-stock products, i.e., overselling...