While creating the perfect listing, you add the best images for your products and make your products available at the best price possible. And yet fail to make sales the way you wanted. It can be because you didn’t promote the listing on eBay.

Is that a familiar territory you find yourself in?

The problem you face when experiencing the scenario is that your products aren’t getting enough traffic. Buyers won’t notice you if you’re invisible to them!

The advertising services on eBay make things simple. The ads service or the eBay promoted listings, as we call it, is an option that lets your listing stand out from billions of other listings. Appearing with a tag ”sponsored” on eBay search result, It puts your listing in front of millions of active buyers, in return helping to increase the chances of a sale.

The best part is that you only have to pay when you make a sale through it.

What is eBay’s Promoted Listing?

Promoted listing on eBay is a sponsored advertising facility that eBay provides in place of monetary fees that you pay. However, the fee charged solely depends on you, as you are the one setting ad rates for each of your listings. 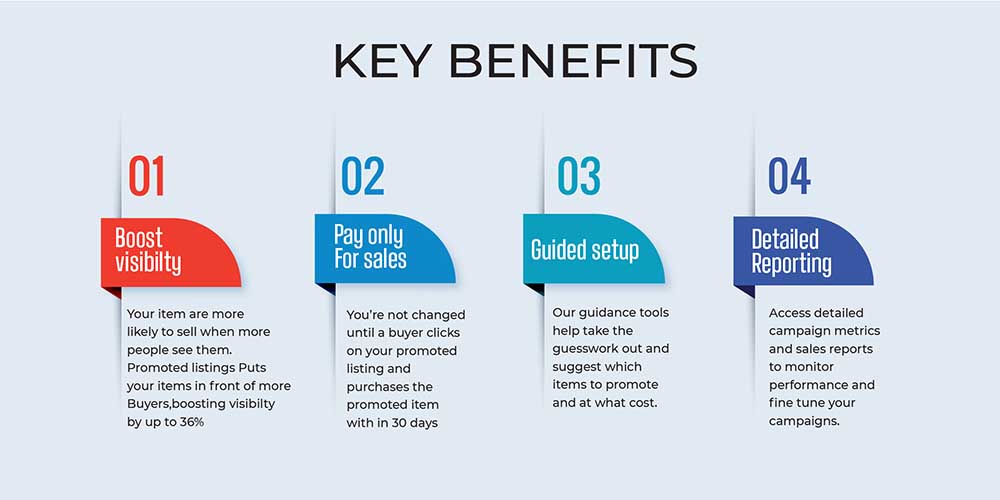 In search results, product ads appear along with the organic listings. However, one can identify the promoted listing by the word “sponsored” written at the top of the listing. When a buyer performs a search query, eBay’s algorithm, “Cassini,” determines and lists either your products’ organic listing or the promoted listing to appear in the search results. eBay does it based on several factors, which includes, 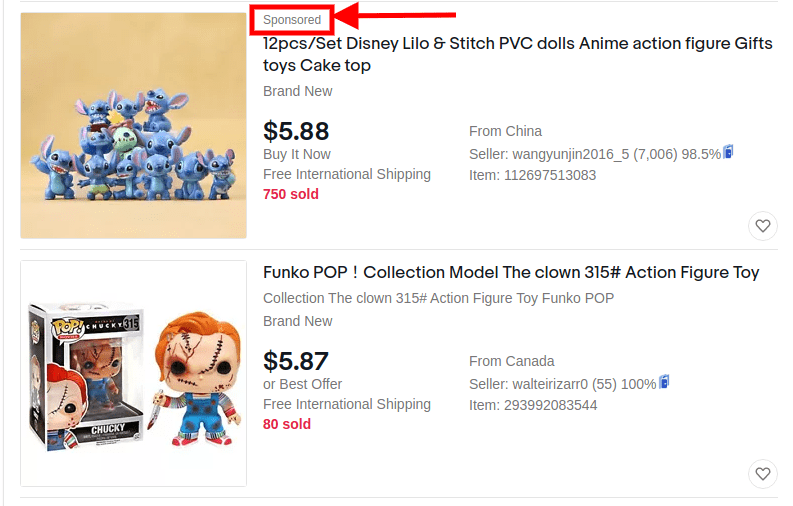 Where does the promoted listing appear?

Your products get promoted only in the regions your listings are eligible for sale. Also, they can appear throughout the eBay network. It includes desktop, mobile search results, and advertisements on product pages. However, numerous factors, including ad rate, quality of the product, search relevancy, and the competing listings, influence the placement and ranking.

Note: The eBay network includes eBay and its partner sites throughout the internet.

Eligibility Criteria to promote a listing

Promoted Listings can be utilized by the Above Standard and Top Rated eBay sellers. The sellers can promote their fixed-price listings, excluding.

Also, something to take notice of is that “Auction” and “Auction Buy It Now” listings can not be promoted. While creating a Promoted Listings campaign, you can only view eligible listings under the Promoted Listing options.

How much does eBay promoted listing cost?

As a seller, to enlist your products, you select your ad rate for each listing. The ad rate you choose – is what you pay.

But if you want to be successful – you have to compete against other sellers having similar items and using Promoted Listings. However, Suppose you suspect that you’re paying more than you should be. In that case, you can decrease the percentage for ad rates and check if you can make the same sales volume for a lower ad rate or switch to suggested ad rates that eBay offers.

The ad rate gives you an option to use suggested ad rates when entering the required value.

The ad model evaluates features like impressions, transactions, clicks, number of competitors in the same category, and price between reasonable ad-rate candidates and then generates a probability score. Thus, the probability score delivers the suggested ad-rate for you to choose when moving ahead with your listing ad rates.

The customized ad rate assesses all the similar listings and their probabilities for success. It then recommends an optimal rate using, 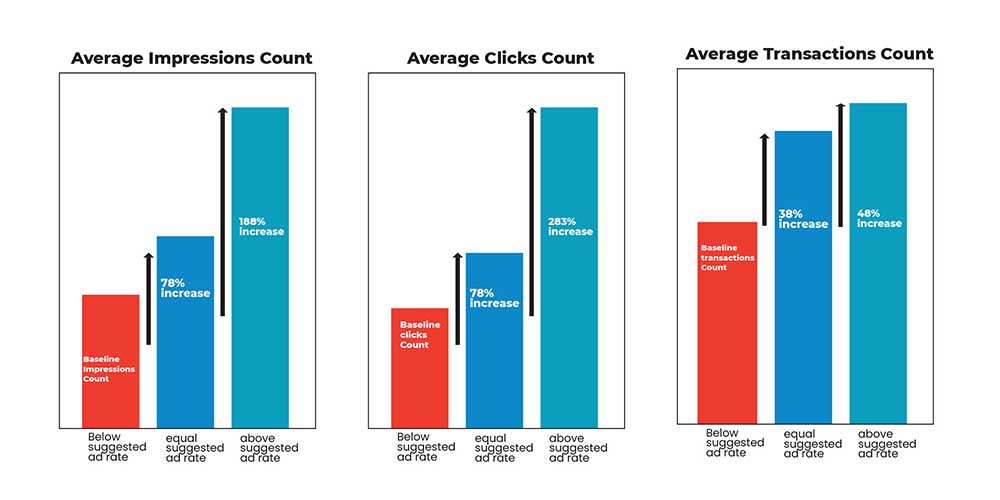 What to keep in mind when promoting

The two most important things to do when promoting your listings through eBay promoted listing is,

#1. Selecting which items to promote

eBay gives handpicked listings to you that may benefit the most when Promoted. It is recommended that you enable them first by taking advantage of the “Recommended” tag next to them. The title can be found in the campaign manager when selecting listings to promote.

The Daily Deal on eBay means getting featured for having incredible products at prices no one can match. These are often seasonal or for clearance, offering T-Shirts in the Spring or Christmas-related items in December.

If you’re one Power seller (the top earners on eBay) making at least $25,000 a month, you’re bound to have an account manager. Go ahead and ask her how to become a Daily Deal seller.

All you need to do/have is,

The promoted listing is a great way to jump through and get ahead of your competition after paying a small fee. The best part, you are not charged a fixed rate. Instead, you select the rate that you want to pay for a particular listing.

Also, suppose you’re not sure about the ad rate to go ahead with the suggested ad rates. In that case, the recommended ad rates have the added advantage of precision and save you the unnecessary trouble of going through calculated risks and guesswork when promoting.

Are you an experienced campaigner in the promoted listings? Please, leave comments sharing your experience and letting us know how it was.

You can also contact us on Skype or drop a mail to know more about integration services and get guidance on how to excel as a seller on eBay.

What is Shopify & How does it help in the...

What is Shopify Shopify is a SaaS(software as a service) based platform that offers online shopping solutions to businesses. It enables businesses...

Uncloaking Future of eCommerce with Shopify – From Trends to...

Convenience, innovation, and building relationships - that's what eCommerce is all about. Fabricating an eCommerce store is no rocket science today, but...

Short Summary The Problem Livio Minervini, the Italian grandma owner, an Italy-based online store for food and beverages, decided to take his...