Facebook is one of the most popular and powerful social media platforms. With billions of active users on Facebook, it is also one of the most efficient tools for brands to reach people online.

Facebook ads have lower CPC and if used correctly they can give the most productive value to your business. And that is the reason brands prefer facebook ads for promoting their sales. It is no wonder that the majority of facebook’s revenue is also generated through advertising. And Facebook ads headline plays a major role in any facebook ads.

Related: Everything About Facebook Ads That You Should Know

But if we see ads from the user’s point of view, they don’t want to see Ads on their social media feed while scrolling. And it’s a fact! Until or unless the ad interests the users, they are going to simply ignore it. There are abundant ads on every social media network but most of them go unnoticed by the user.

Creating an Ad persuasive enough to grab the attention of the user is a crucial task. And the facebook ads headline is the most prominent part of each ad. Headlines are majorly responsible for any user to click on the ad. The studies also show that headlines do influence readers to take action on a call-to-action button.

What the data says –

As per the Moz’s Blog Post, 80% of the reader’s do not make it beyond the headline. Meaning – 8 out of 10 people read the headline, but only 2 out of ten read the entire post. The data clearly states the importance of headlines.
But most of the time, people fail to write a good headline. Sometimes, it becomes head-scratching task for them to choose a catchy headline for their ad. 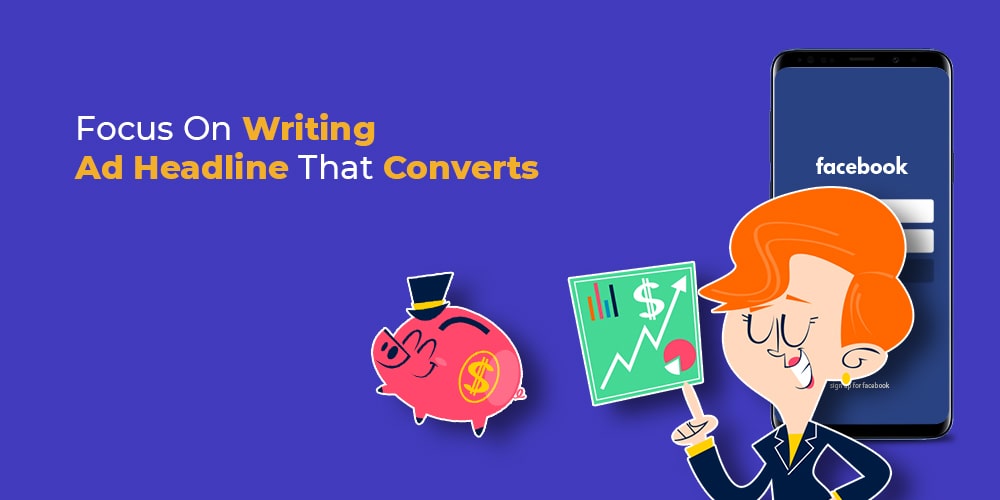 If you are in the same “state of confusion” of the rights and wrongs of a good headline – Don’t worry! We have covered all your questions on Facebook Ad Headlines in this post ahead.

As the quote claims, Your major job should be to make an ad that focuses on the values or benefits of the product. This will encourage the customers towards the purchase of the product.

The 5 quick tips to write a catchy Facebook ads headline

There is no defined formula for writing a headline. Sometimes you will get the idea in just a matter of minutes. The other times, it might take you days to think of a headline that would work. Some of the tips that you should take care of while writing a Facebook headline are –

Or, if you are owning an e-commerce business, you can always add “discounts” or ‘limited time deals” offers in the headline if they are available on your store. It will provide value to the viewer and your ad might get converted.

Customize it as per your requirements and choose the ad headline according to the stage of the buyer’s journey at which the user belongs. 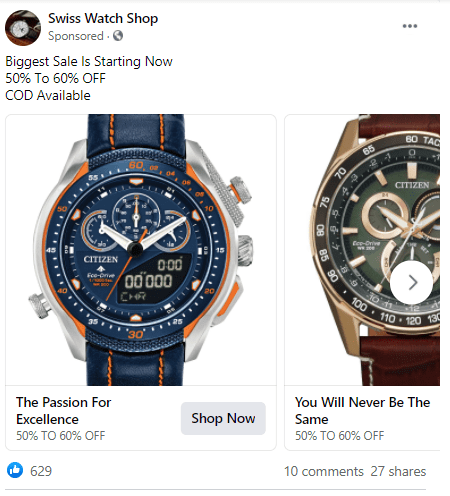 The headline should clear everything that you want to say to the audience. Never make the headline confusing to the viewer. It should mention what the audience is going to get if they are going to take action on it. 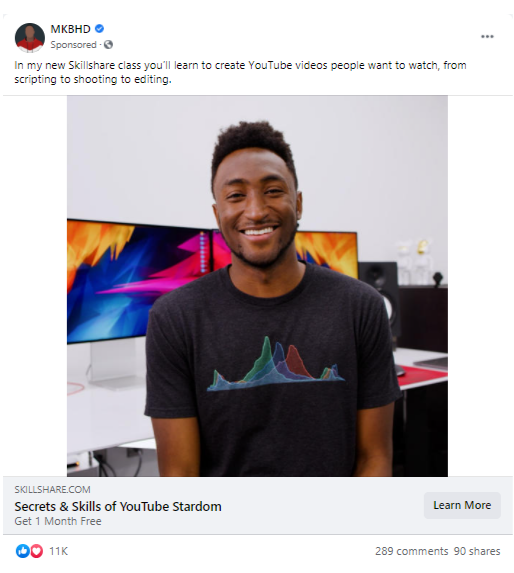 In the above example of an ad by MKBHD, it has been mentioned that it is all about learning youtube skills. If anyone wants to start learning youtube skills like scripting, shooting, or editing – they can visit the link and get the skillshare class from the author. The headline is not only clear, but it is also enticing to the customers that they are getting an amazing deal of one-month free class.

We all are bound by our emotions. Emotions can be a very powerful way for any ad to connect with human beings. No matter how hard we try, we can’t ignore things that have an emotional touch on them. If you can evoke emotions in the audience’s mind with your ad headline, it can give you unimaginable and exceptional results for your business.

Example
In the following Facebook ad example by Ketto, a crowdfunding platform for medical emergencies and charitable causes – The headline says, “Be a hero by donating monthly”. This ad directly connects with the emotions of the viewer of the ad. The headline provokes people to donate for the charitable cause of saving a child who is suffering from a medical emergency. 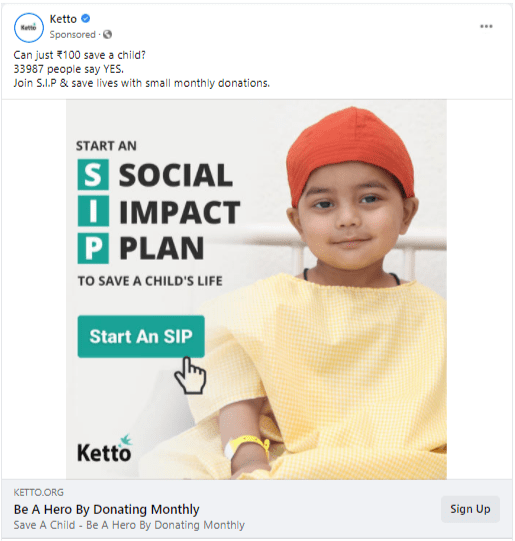 Make the headline short. In the case of an Ad’s Headline – “LESS IS MORE”. 5 words or below headline works best on Facebook.
The character limit should fall anywhere between 25-40. But ensure that those words should be strong enough to catch the reader’s attention. 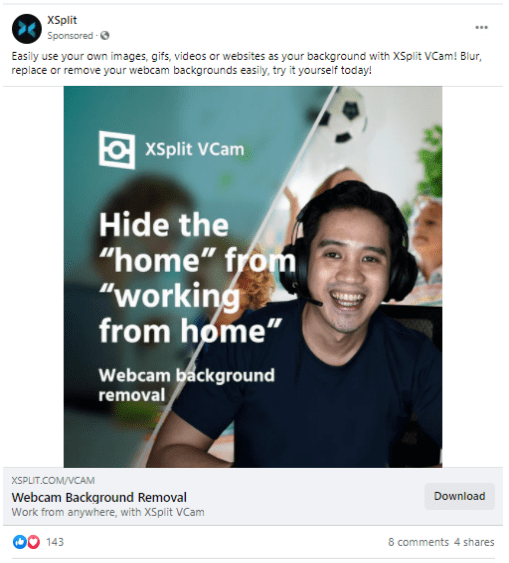 We can see in the ad by XSplit, they just used 3 words for the ad, but those 3 words are clear enough to tell the readers what has been offered to them. It has been made very clear that they are providing an application for removing your background while in video calls.
They also captured the minds of the reader with the text on the image saying – Hide the “home” from “working from home”. Now, when mostly everyone is working from home they all would be interested in hiding their backgrounds while video calls or meetings. 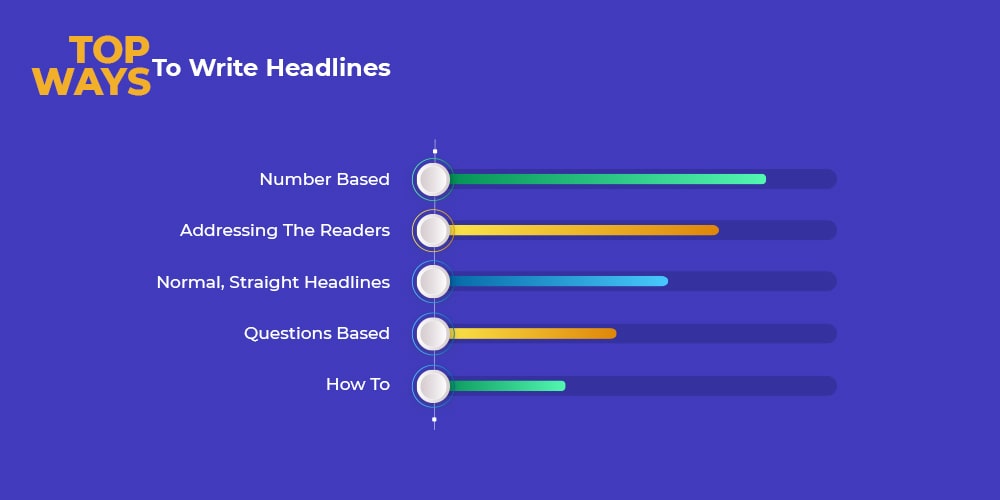 There are many different ways of writing headlines. It could be:

A Conductor study revealed that 36% of the people prefer number-based headlines, followed by reader addressing headlines with 21%.

For any type of Facebook ad – be it an image ad, video ad, or carousels, the headlines are the major primary part for any ad . They play a major role in making the Facebook ad copy successful or flop. It’s up to you how you choose the title of the ad and make it work magically for your business. Give an extra effort while writing the headline and choose the words wisely.

How To Use Instagram For Etsy Holiday Sales Promotion

It’s the Holiday Season, the time of the year when Etsy sellers are looking forward to the boost in traffic and sales...

CedCommerce for The Artsy Spot| Revamp your business with a...

When you are a business that functions with a motto to 'Create with the heart, Build with the mind', your customers also...

Facebook Ad Scheduling: All things you need to know

If you are using advertising campaigns on the Facebook platform, you must be well aware of the importance of Facebook Ads manager....