Tokopedia is considered to be the largest eCommerce marketplace in the Indonesian region. Indonesia, being one of the fastest growing economies in the Southeast Asian region is burgeoning on success and is expected to grow $200 Billion by 2025, According to a Google and Temasek report.

Having been started its operations in 2010 on the Indonesian Independence day, within nine years of its being, the eCommerce platform has grasped pace in its operations and has stood ahead of its competitor giants like Lazada, Shopee, and Bukalapak, becoming the largest eCommerce marketplace in Indonesia.

The charts of Tokopedia’s success started rising from 2017 when it made its position into the top-3 eCommerce platform in Indonesia. 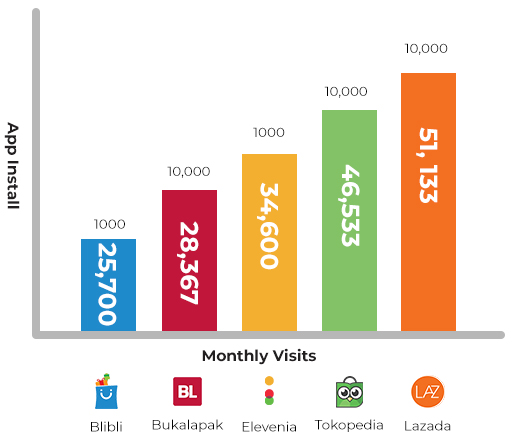 With around 14,500+ monthly visits on its site, Tokopedia gathered a lot of potential customers in its base. This allured numerous sellers to join Tokopedia to sell their products. Climbing the Ladder of success, in 2018, Tokopedia resulted with a record-breaking 117,572,100 monthly visits and also secured its place in the top 5 grossing apps on the Play Store and AppleiOS store. 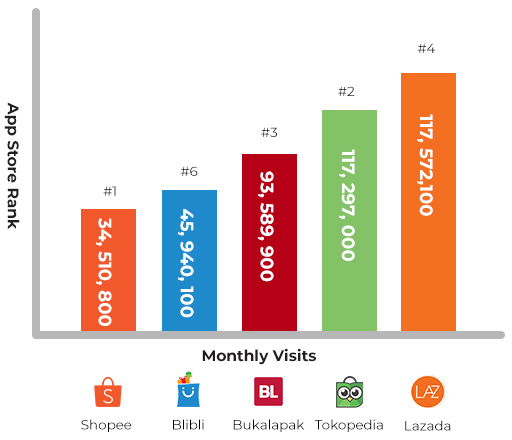 And according to a recent study by iPrice group, Tokopedia stands at the top among all of its competitors. With a humongous 137,200,900 monthly website visits, Tokopedia has become one of the most visited eCommerce sites in Indonesia. 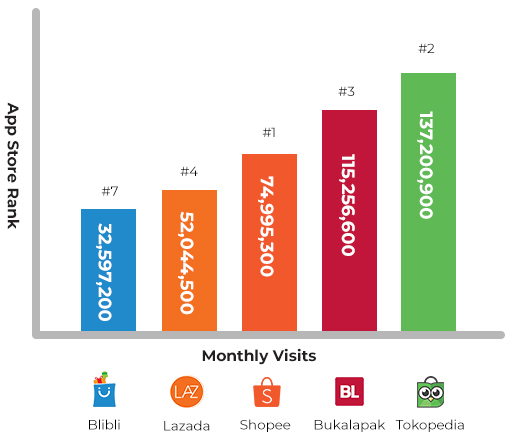 How does Tokopedia work?

Tokopedia’s business, as they say, has always been about ‘democratizing eCommerce. Filling up the gaps between the small merchants and the urban market by providing them an affluent platform to scale their business. Through Tokopedia, the SMEs and other local vendors can take their products to the urban market, having a larger reach and all the facilities.

Vendors who start their businesses on Tokopedia, get the exposure to the following-

He sellers being provided with such helpful facilities the sellers find it easy and more profitable to sell on Tokopedia.

What makes Tokopedia different from other marketplaces?

Tokopedia operates with the idea of Funding. In 2009, Tokopedia received its first funding by PT Indonusa Dwitama with led to the establishment of the company under the legal entity PT Tokopedia. And years from then and Tokopedia has found reliable fundraisers for its business.

As most of the business of Tokopedia runs on the principle of Funding, it gets easy for William Tanuwijaya, the Founder of the company to provide its services free of cost!

Whether it be a seller or a buyer, the utilization of Tokopedia’s website is free for all! All the transactions are subsidized. So, a zero bank fee is charged per transaction – except for the credit card transactions.

Tokopedia has adapted to the escrow method of payments on which the marketplace claims to be having more secure and fraud-free payments. With the escrow method, the payments sent by the buyers are kept secured by a 3rd party until their orders are not delivered successfully to their respective addresses.

Tokocash was introduced by Tokopedia as a method of payment back in 2017, however, the plan was ditched in favor of OVO cash which now is added as a payment method for the buyers making a transaction through Tokopedia.

Tokopedia’s Gold Merchant feature for the sellers has always been an important factor. Aligning various benefits to this program Tokopedia has gained a lot of popularity and thus has made its prime space in the eCommerce sector of Indonesia. Here are a few advantages of becoming Gold Merchant on Tokopedia-

Tokopedia, in less than a decade, has emerged out as the top eCommerce platform in the Indonesian region. Providing ample business opportunities to various small scale vendors and SMEs, the marketplace has become a preferred selling/shopping destination.

Looking at the eCommerce boom and the growing eCommerce market in the Southeast Asian region, in the years to come, Tokopedia’s growth is definite. With giant fundraisers of the company like Softbank, Yahoo, Google, Apple, etc, Tokopedia’s success in the eCommerce sector is all set to reach burgeoning state.

What is yet to see is How Tokopedia’s new policies are formed and how they mold their business structure, in accordance with the rapidly changing eCommerce scenario in the Southeast Asian region.

Thinking of selling on Tokopedia? A right thought indeed!

Check our services and start with hassle-free selling on Tokopedia!

Singles day (11.11) shopping festival is gearing up to entice shoppers with deep discounts and other lucrative offers. Limited time offer is...

Gear Up For The Year End Festive Season in Southeast...

Almost 8 in 10 online shoppers are eager to shop during the year-end festive sale season in Southeast Asia. A huge opportunity...

CedCommerce x Coupang: Empowering merchants to sell seamlessly in the...

Amidst the rapid growth in cross-border eCommerce, CedCommerce announces the launch of 'Coupang Integration for WooCommerce'. This strategic collaboration aims to empower...