Why Facebook Video Ads Are a More Effective Choice than Image Ads?

Facebook video ads are driving the world of advertising much faster than anyone would have ever imagined! Over the years, 50% of the audience have accepted that they prefer video content over any other form.

And why not? Video posts and ads have provided 38% more engagement over social media platforms such as Instagram and Facebook. Additionally, when you are running an online business, you’ve got to use such metrics to your advantage. And create ad campaigns that provide your products more exposure in the marketplace.

Owing to the rising consumption, by 2022, the global internet traffic would surmount 82% of the total downloads and video streaming. This could prove to be advantageous to merchants that have been running video ad campaigns.

In this blog, we will draft a comparison of video ads vs image ads. And understand how Shopify merchants can use Facebook video ads to make ad campaigns more effective and engaging.

Why are Video Ads popular among businesses?

Why are video ads on Facebook becoming more popular day by day among advertising businesses? Well, the answer is in its meaning. Video ads are short, shareable, relatable, and visually appealing. They provide the best way for the merchants to express themselves in front of their digital audience. 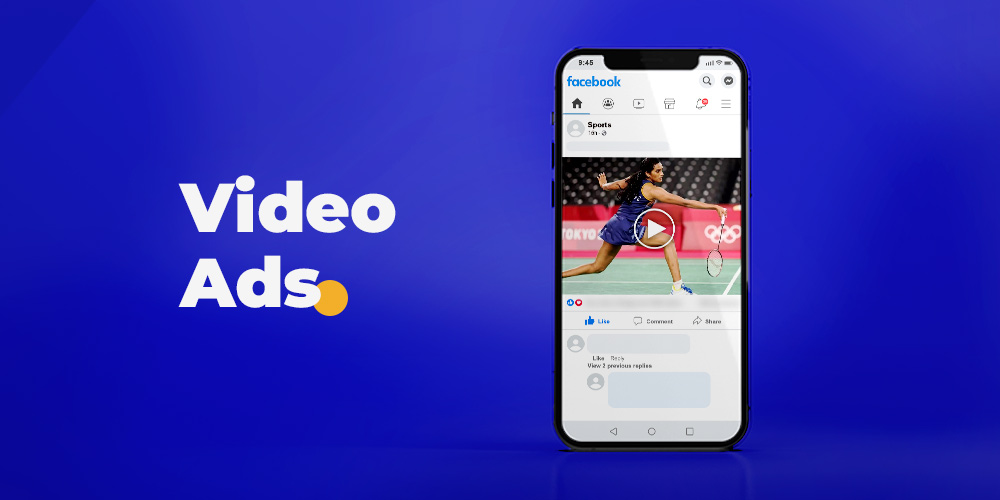 Video content has become the most consumed mode of information, whether in entertainment, education, or advertisement. And since the global pandemic, the numbers have notched up a bit more.

According to a report, it was stated that 54% of consumers would prefer to engage with video content. This was marked as a clear indication that the Facebook video ads were starting to become preferable.

However, the only demerit that occurs with Facebook video ads vs Image ads is that video ads require a large amount of money for production. Therefore, small-scale businesses or home-based businesses might not be able to afford it. With Ced’s Facebook And Instagram Shopping App, you can create your own Facebook Ads, and run your own video and image ads. Read this blog, to learn how video ads can help small businesses.

How can merchants lure customers with video ads?

Video content is composed of two efficient factors that have the potential to attract most audiences. Visuals and Sound. When combined, these two factors help in conveying a message more effectively and clearly. And often are very easy to share. Thus, the merchants experience a better click-through rate than other digital ads.

Several Shopify merchants have started to use videos as a marketing tool. Consequently, experiencing an increase in sales, better brand presence, and awareness.

88% of the combined video marketers feel satisfied with the returns their video ads provide on social media. And owing to the great outcome, 86% of the merchants today consider videos to be an effective marketing tool.

How are Image Ads still in the game?

Image ads are a type of advertising that uses a graphic image to showcase the businesses or products’ beliefs and USP. The primary motive of such ads is to promote the business or product.

Not every business holds the amount of money required to create a professional video. There are several home-based as well as small businesses that only run image ads. While some are able to drive the amount of engagement through image ads only. Image ads receive 94% more attention in comparison to plain text ads. 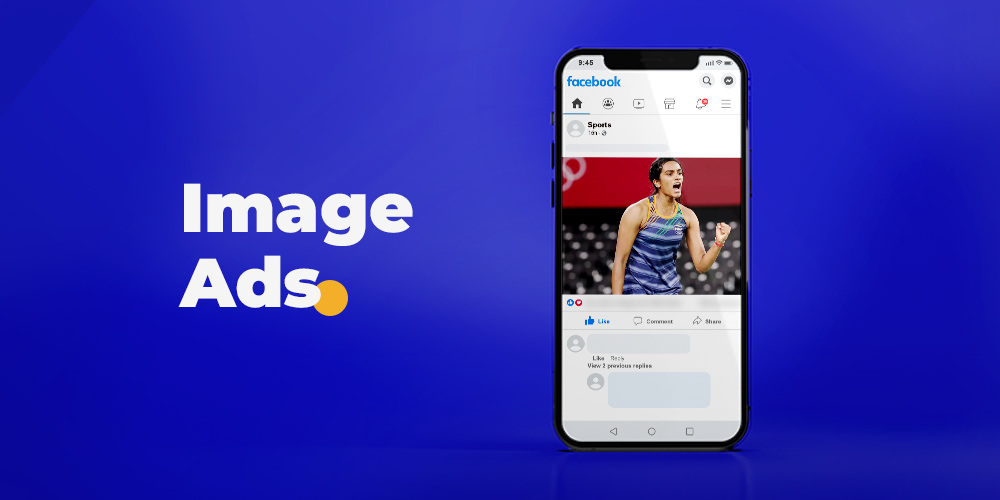 It is true that with video ads, the tables turn drastically. Image ads are known to develop emotions and hysteria, whereas video ads go a step further by tapping into the viewer’s mind and feeding them information without observation.

How can merchants improve video ads for more traffic?

Not all Facebook video ads are able to provide the intended ROI. When you advertise on Facebook with a video ad it doesn’t guarantee desired results for the merchants. They have to make it effective and attractive so that it grabs the attention of their target audience.

Frankly, you should not be thinking about how long should facebook video ads be. Therefore, let us see some of the ways in which merchants can improvise their video ads to garner more traffic.

Factors that will help merchants to make their video ads more effective?

Merchants tend to invest a lot of money and time in creating such video ads because of their increased effectiveness. Additionally, Facebook Video Ads receive approximately 30% more views than any other format. Therefore, merchants selling on Facebook often lure their audience through video ads. But what are the factors upon which the effectiveness of such ads rely on?

In the starting ten seconds of the video ad, while the video is loading, it is very often seen that it starts with a blurry image. This blurry image is used to deviate the scrollers and make the video ad more effective.

It is important to understand that no matter the Facebook ads video duration, the video ads need to showcase the offer early. This makes the audience know what merchants are offering and are not beating around the bush. This is where merchants can highlight their value proposition and let the audience know the advantages of using their product.

A strong narration is an essential part of every brand promotion. Whether merchants are running a video campaign or presenting their product through any other form of advertising, it must bind their audience with the product and allow them to relate to it in a better way.

Use Sound and No-Sound effectively:

In most Facebook Video Ads, the sound is often muted, and this proves to be a nice way to gain click-through. In order to listen to the sound, audiences need to unmute the video. However, in order to lure the audience, merchants need to enhance the video in such a way that it becomes attractive with or without sound.

Why is it necessary for merchants to improve video ads?

Facebook users are always in a hurry. No one has the time to wait for the video ad. As a merchant, you only get a few seconds to attract their attention and make them watch the entire video. And if, in those few seconds, the quality of your video disappoints them, then the viewers won’t be too much interested in your video.

Therefore, Facebook video ads should be of higher quality. And the best way is to take the help of a production team so that they can polish your ad and make the videos look more professional.

Moreover, since all the content is mostly generated by the general audience on Facebook, a professional production team will make your video stand out. And would also make your audience feel that you value their time.

Specifications of an ideal video ad

One of the most important factors in creating a Facebook video ad is understanding what specifications are entertained by Facebook. This helps your video ad, as it is pushed forward by Facebook itself. Here are the design specifications for the video that every merchant should keep in mind:

What do image ads lack?

Throughout every research, it has become very clear that Facebook users do not have that much time. The problem is neither the Facebook ad image size nor the content. It is the viewers. In seconds viewers make up their mind if a particular visual is worth their time. And this is where the problem arises for merchants when it comes to Facebook Image Ads.

When it comes to organic video ads, they recieve 38% more engagement when compared to image ads. And, it has always been clear that the attention of the audiences has always been more focused on video ads.

So the question that arises is why image ads are not able to hold the attention of the audiences? And to answer it very clearly, story narration is the key. 64% of the audiences need a relevant narration, and images lack this attractive essence in most of the ads.

Is a combination of video ads and image ads better?

All the research and numbers show that video ads are better than image ads. However, as a merchant, one cannot disregard image ads. Image ads have been an integral part of running ad campaigns. Therefore, one of the best ways is to move along by developing a sync between the two.

A combination between video ads and image ads can be achieved by sequencing the two. According to a Facebook Case Study, 31% of the audience like to engage with an ad that has a sequence of video ads and images. Read the blog, about different types of Facebook Ads, and how to use them for better engagement.

Refer to the image below to understand how creating a sequencing works between video ads and image ads. 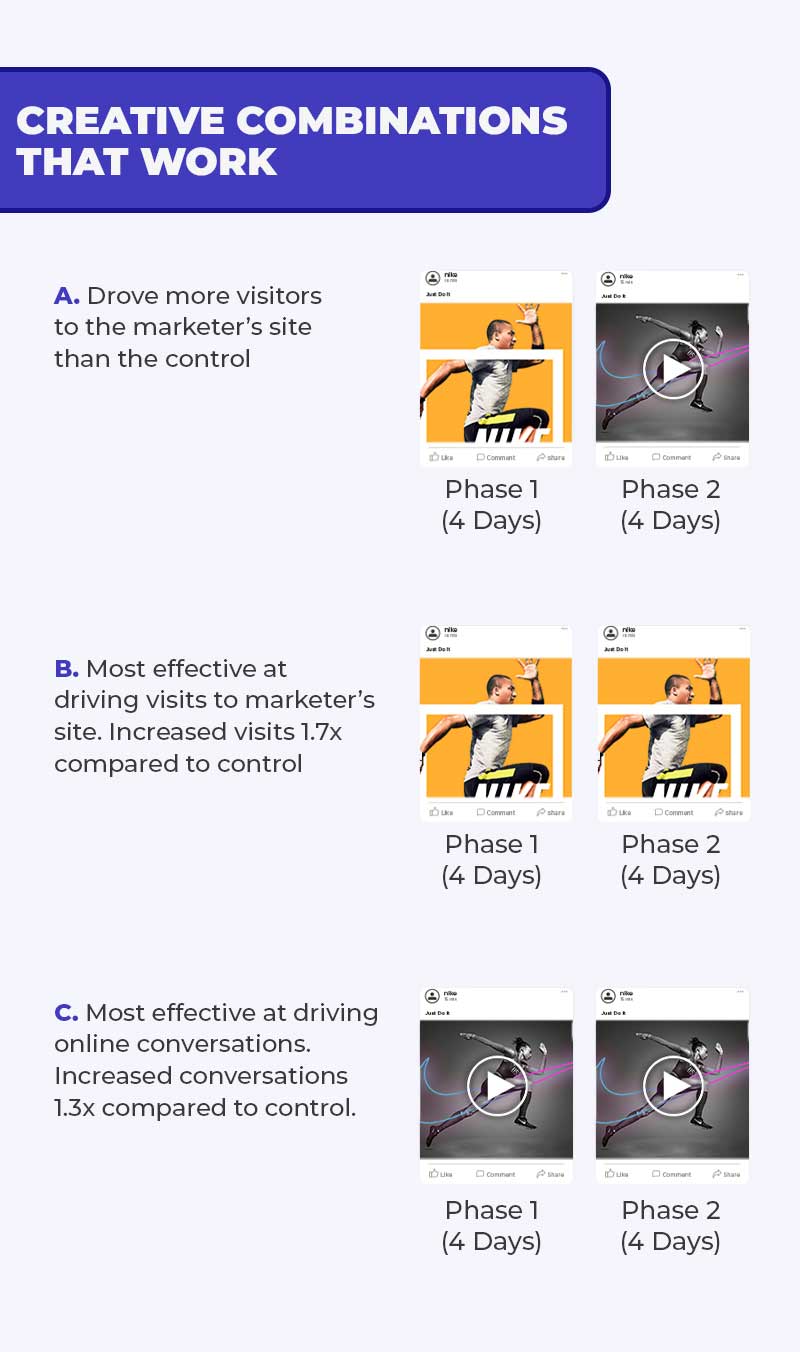 Every merchant is well aware of the fact that content is the king. It is clear that video ads prove to be the best option to win the race of advertising for businesses. Therefore, there are several businesses that give them tough competition with great image ads.

It is true that video ads are preferred over image ads, but disregarding them entirely is debatable. However, sequencing video ads and image ads together could be the most effective way for merchants to get out of this conundrum.

What are you waiting for, install our Facebook and Instagram Shopping App and create your own ads? And see what works more for you! Drop a comment below in case of any queries! Or Contact Us! For any kind of help!

Here Are The Requirements To Sell On Facebook! A Beginner’s...

Were you inspired by the buzz going around Facebook as a social commerce platform! And now you too want to sell and...

Did You Know You Can Sell On Facebook – Here’s...

For how many years have you been using Facebook to connect with your friends? And did you ever think that as a...

An Easy Primer to Troubleshoot and Recover your Disabled Facebook...

Your advertising campaigns are performing pretty well. Suddenly you find that your Facebook ad account has been disabled.  Relax! Calm down. Need...