Although Amazon and eBay are at the top there are various other marketplaces that are leading in Europe. There are 50 different countries in Europe where languages spoken by people is more than 200 and the currencies used is more than 28.

Selling on multiple marketplaces in Europe is now easier with Multi-channel selling. Read this Guide Multi-Channel Selling and know its Benefits. 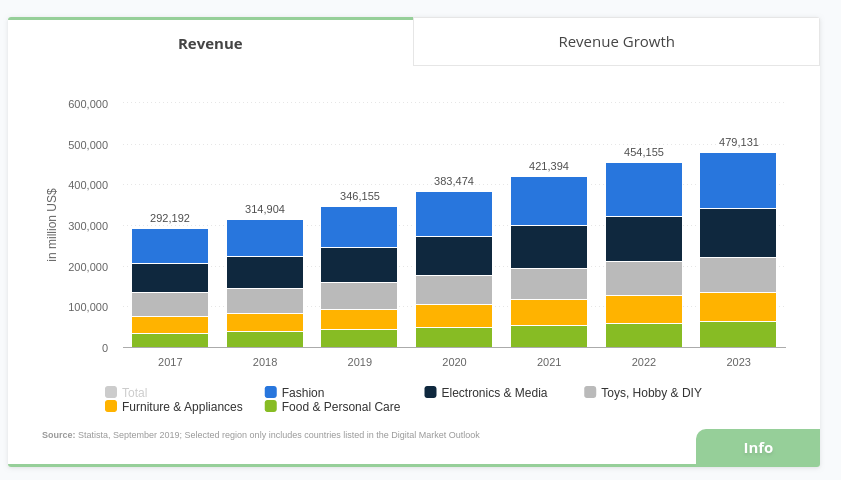 The graph above shows the growth in revenue in eCommerce marketplaces in Europe.
According to the experts it estimated that by the year 2022 European market will grow to $481 billion. 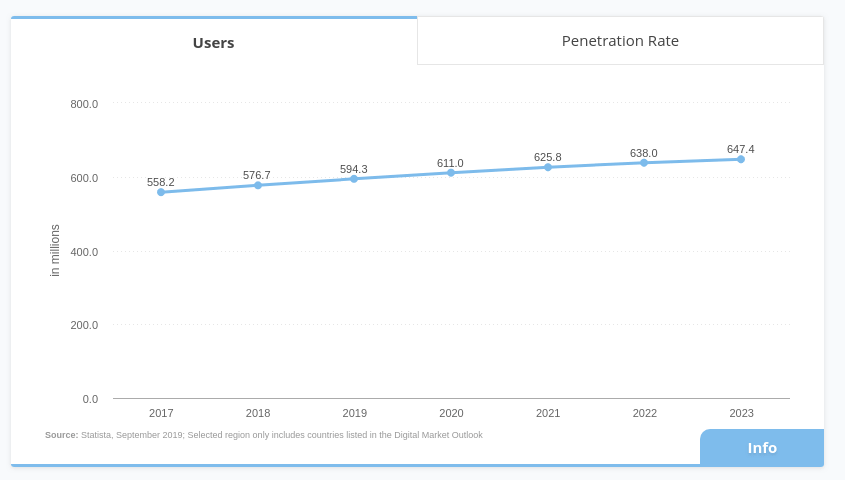 The below graph represents the increasing eCommerce consumers in Europe:You can make small alterations to the estimating of goods you send to Flubit

What are the Best European Marketplaces to sell online?

Fruugo is the eCommerce trading site in the UK that is spread in 46 countries. It has active users base of more than 25 million. This online marketplace supports 22 currencies and 17 languages.
Fruugo is the 3rd largest eCommerce in the marketplace in the world. The buyer’s persona explains that the number of male and female customers are equal in the number.

The age of the majority of the customers is between 25 to 34. The two-third sales on Fruugo are of cross border and these international sales are the evidence of it having the order value of $50.00. When the conversation rate of considered then it is 2-3% of the visitors.

It does not charge any membership fees from the sellers. Instead only a commission of 15% is charged with listing fees and the processing fee of 2.35% per sale.

What are the reasons to sell on fruugo?

CDON.COM was established in 1999 and is the driving Commercial centre within the Nordic locale-based out of Sweden.
CDON Commercial centre conveys to over 2 million clients from Sweden, Denmark, Norway, and Finland and permits merchants from Europe (vendors got to be enrolled with a VAT number in a European nation) to list their items and appear them to over 100 million guests each year.

The Commercial centre offers a wide extend of items such as media, household, IT, sports, magnificence, domestic gadgets, SDA and toys as it were to specify some among others.
CDON Commercial centre works difficult to maximize a wide and subjective item grouping to its clients and welcome dealers with tall excitement and a verifiable service-mind.

Notonthehighstreet (NOTHS) could be a center for inventive makers to exhibit their energy and offer their items, with the location posting, promoting and facilitating the checkout for over 5,000 person venders. Notonthehighstreet has since it was begun back in 2006, created solid notoriety for well-sourced, imaginative items that are troublesome to discover on (yes you speculated it) the tall road.

From bizarre picture outlines and adornments to artisanal gins and boho clothing, Notonthehighstreet is presently a trusted source for uniqueness. With 39 million one of kind guests yearly, clients of Not on the Toll Road have come to anticipate quality, improving the sites crave to bring ‘extraordinary, shocking products’ to their clients. And in return, vendors pick up gigantic presentation as a portion of this well-oiled cunning behemoth. 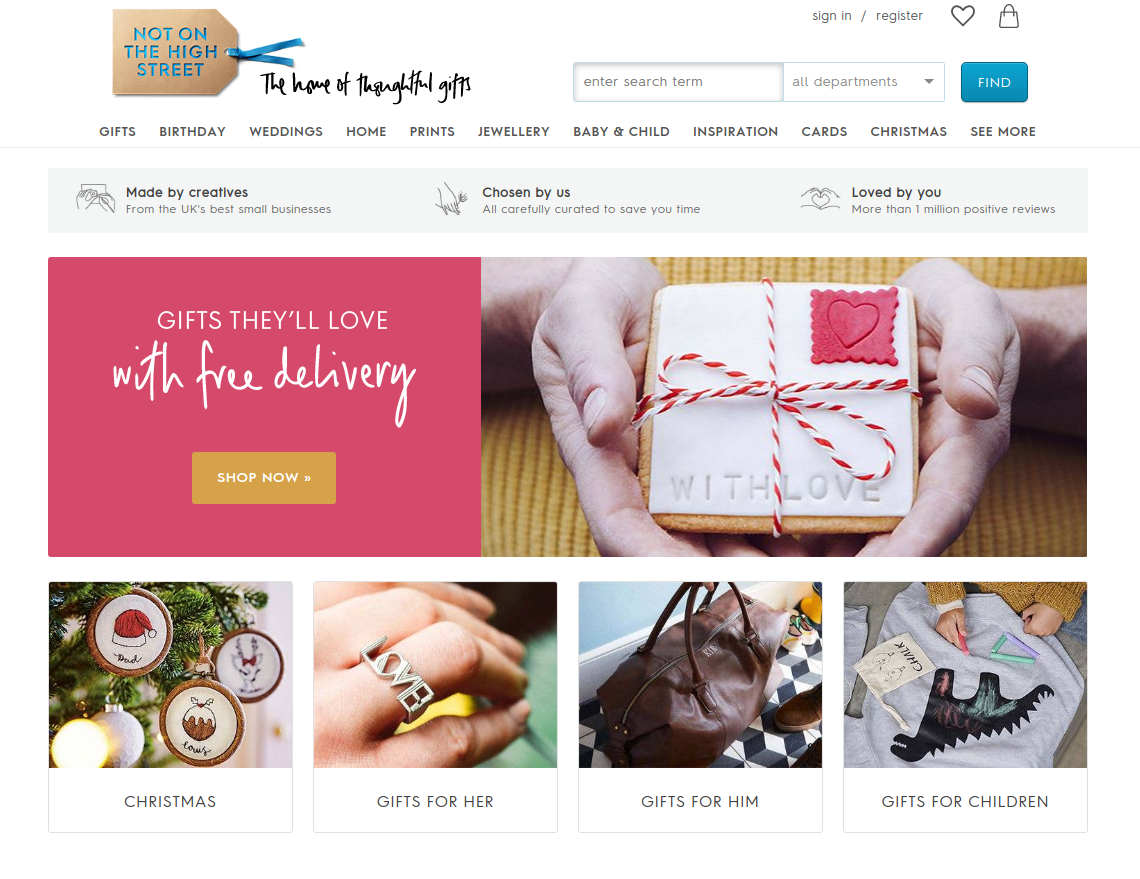 At notonthehighstreet.com you’ll be able to offer everything from gems and clothing to homeware, involvement days and more. It is continuously open to unused item thoughts and is continually looking to broaden item blend, working with free designer-makers, designer-manufacturers and little boutique retailers.

One of the foremost amazing put to find DIY and planting devices, ManoMano was built up in 2013. Among the pioneers in its specialty, Manomano draws in thousands of buyers from the driving European economies – Germany, UK, France, Spain, and Italy Too, it is more of an aggregator commercial center since it doesn’t claim the stock and doesn’t offer coordinations. 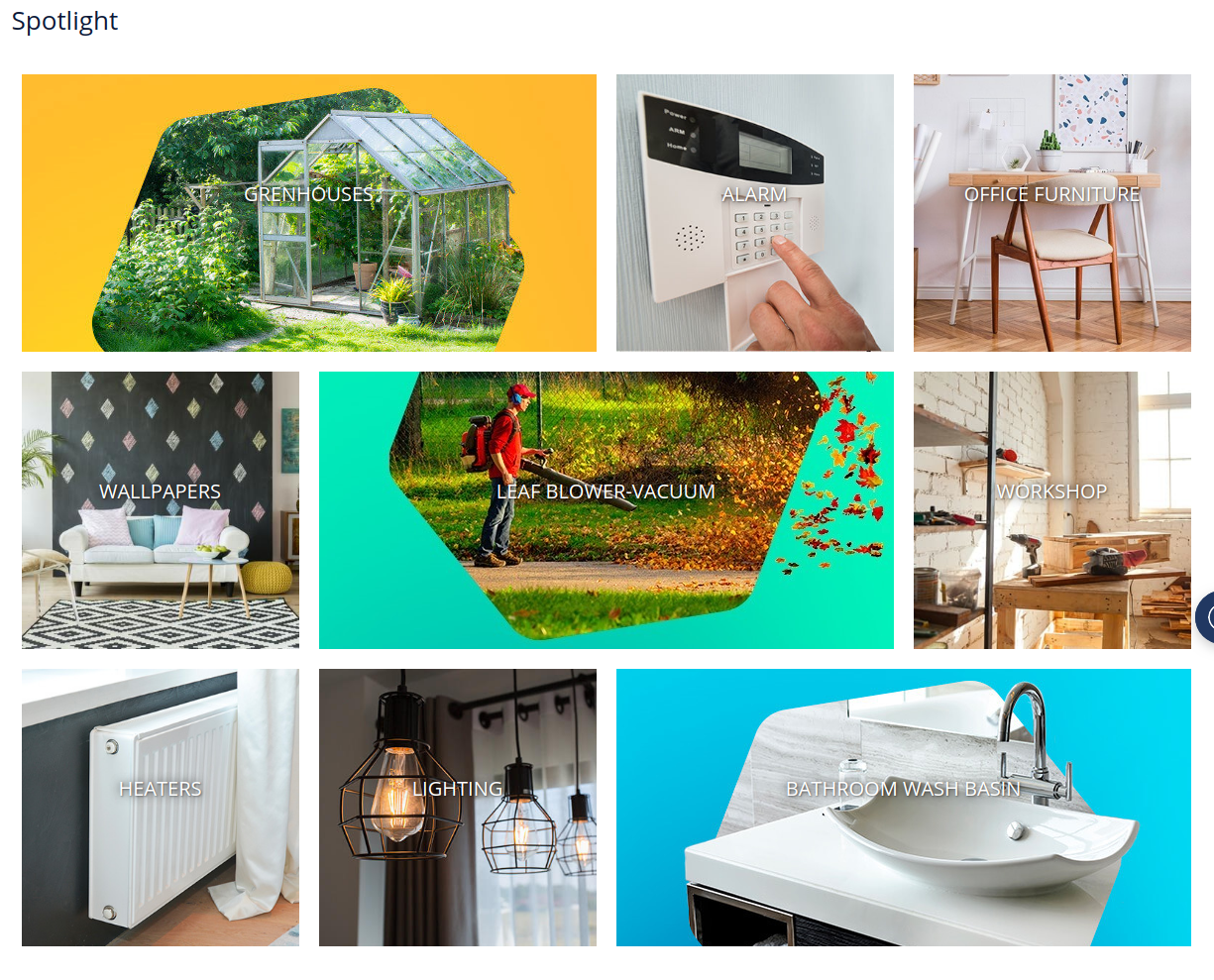 With over 20 million one of a kind visitors, a month on both commercial websites, Fnac Darty brings two able eCommerce objectives together. In the present time, Fnac is the greatest retailer in France of bookstore, music, and ticketing. With a committed bunch at your advantage, joining Fnac Darty Commercial center can be the key to your all-inclusive eCommerce victory!
Fnac Darty is continuing to amplify its stores by opening foundation stores around the world.
Here are some features of Fnac:

Entering Fnac Darty Commercial center implies expanding deals channels overseas and encompasses a primary part within the French eCommerce trade: the 6th greatest eCommerce advertise worldwide. Other than, Fnac Darty is the third ‘most gone to’ eCommerce area in France because it was after Amazon and Cdiscount.In Europe, it is one of the fastest-growing marketplaces.
One more great reason to begin offering on Fnac Darty Commercial center could be a dedicated group at your transfer that will reply to your questions and bolster you. A group of specialists will assist you to identify your development drivers on Fnac Darty and maximize your dealership’s potential.

OnBuy marketplace was founded in November 2016 and is the world’s fastest-growing marketplace. The best categories selling on OnBuy are electricals, home and garden, baby and toddler and cars and automotive. OnBuy does not compete with the sellers, instead, this marketplace helps the small and medium businesses to grow their business globally. By the year 2023, OnBuy is planning to expand in 140 additional countries.

CedCommerce is the Official channel integration partners with OnBuy marketplace. This partnership is an opportunity for sellers to expand their business in the European region and grow the eCommerce business.

Spartoo is the marketplace of Europe that specializes in shoes and fashion since 2009. It is based in Grenoble, France that is operating in 30 European countries and providing customer service in 12 countries language.
Spartoo is selling to more than 450 million registered users and has 10 million unique customers who are visiting Spartoo every week.

According to Tamebays report if you are wanting to expand your business in Europe then Spartoo is one of the best platforms to sell the footwear and clothing items. Spartoo has a huge customer base and provides effective shipping overseas.

Cdiscount is one of the most visited eCommerce sites in France. It has more than 7.7 million active customers and 11 million unique visitors on the site each month. Cdiscount marketplace has a wide range of products from cultural goods, IT, household and personal appliances to food items. Cdiscount was founded in 1988 and in the year 2011 it launched its own marketplace. It is present in more than 70 countries across the globe.

In the end, it all boils down to the alternatives of Amazon and eBay that are selling in Europe. Across the globe, there are many marketplaces to sell on and the famous marketplaces of Europe have been discussed above. Like a buyer does the research before buying a product so must you as the seller also do before selling the products of the marketplaces.

Listen to our Spotify Podcast for emerging trends shaping the eCommerce in 2020!

Here is the sellers’ list of bol marketplace prohibited items

What you can not sell on bol.com? And what can be sold with restrictions? The bol.com marketplace has a set of regulations...

Cdiscount, one of the largest eCommerce marketplace in France has mobilized its resources to deliver the essential items to handle the Covid-19...

A Guide to Selling on Fyndiq Marketplace – Sweden’s Largest...

Fyndiq is another name for discounts in Sweden. Fyndiq is a Swedish marketplace that is popularly known as Sweden's largest bargain house....